#ParisAttack - A Message to All

The series of coordinated attacks in France, in 5 sites where life is supposed to be normal in a November Friday night, has left France and the entire world in a state of terror. The chilling account of the attacks as reported by witnesses can leave any reader in a state of reeling and unsure of humanity anymore. It has left a feel of uncertainty which other day could turn into a nightmare. 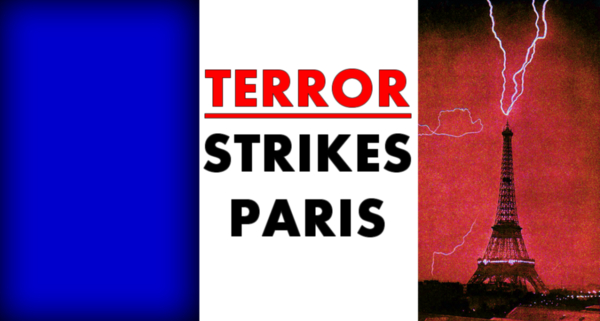 This has been the second deadly attack on France for this year and it paved way for President Francois Hollande to blame ISIS which was subsequently followed by ISIS claiming the credit for this attack which left atleast 127 dead and 80 more in a critical condition. Inconsiderate about my stance about ISIS and its ideologies, reading their statement honestly makes me sick.

The horrors of this night triggered reaction among billions around the globe and the reactions themselves are astonishing. Majority of Muslims around the world took it their responsibility to apologise for this massacre in the name of Islam, but the inevitable consequences followed too. The ignorance and incomprehension of the depth and impact of this attack has burgeoned reactions, which I'd define as two ends of the spectrum - both which lacks humanity.

As the news of discovery of a Syrian passport beside the body of an attacker being found it, the immediate comeback has been against Muslims by inciting hatred. The constant warning against terrorists disguised as refugees has actuated people to react with malice towards Muslim inhabitants in Western countries. 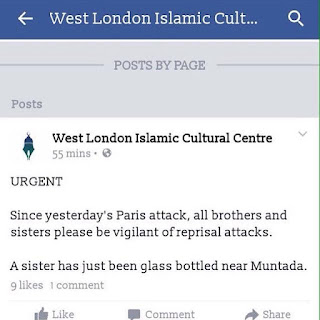 It is unfair to not mention how other government organisations and some people who can open their minds to think in the perspective of human have extended their sympathies for this attack while standing against any more attacks on innocents in the name of religion or as an act of retaliation.

Do not mix refugees with terrorists - @JunckerEU urges Europe not to give in to basic reactions. #Paris #G20 https://t.co/jSav6M7tTj
— European Commission (@EU_Commission) November 15, 2015

Backpacked alone for several months thru Muslim countries. A beautiful people collectively demonised by some cos of an evil minority #Paris
— Elaine Byrne (@ElaineByrne) November 15, 2015


The other astonishing repercussion of this attack has been from a considerate amount of Muslims who exploited this situation to demand equal reaction for attacks in Syria.
Sadly, Netanyahu has also demanded the world to condemn attacks against 'innocent' Israel, as they did for the Paris attack.

Is the death of over 120 people in a brutal attack, in an unexpected what was otherwise supposedly to be a good Friday night at a restaurant, match or a concert the right incident to demand equal uproar against the sufferings of Syrians and Palestinians everyday? The ordeal what Syrians go through under the vile rule of Bashar Al-Assad is beyond that of words could explain but does that justify Muslims to retort the Paris attack?

As humans we should have the mind to condemn any extremists attack on any basis against any group of people, but this biased view comparing the innocent lives lost in numbers, the differentiating based on nationality is not what Islam has taught us. Nationality is not to make any life superior to another or to create division among us.

"O mankind, indeed We have created you from male and female and made you peoples and tribes that you may know one another." [Quran 49:13]

We ought to condemn all forms of killing, we ought to voice against all kinds of horrific acts against innocent lives. The call averse to the grief shown for Paris, cavilling over the change of profile pictures and trending hashtags and refutations for the coverage disparity is itself a hypocrisy. Incomprehension of the discrepancy between these terror attacks is a triumphant for the delusional extremists' goals.

These posts, claims, arguments and retaliations in a nutshell convey the idea that - "The rest of the World is suffering, so do not display your grief to attacks in the West". ABSURD
Have we forgotten that we are all creations of One God? Descendants of man and woman? 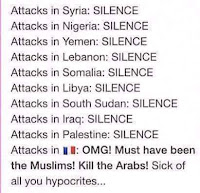 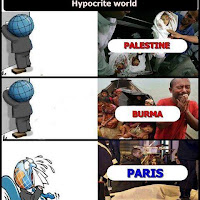 Why is the Paris Attack one of the deadliest of that of Europe?

These attacks in Paris is considered the deadliest attacks in Europe after the 2004 Madrid attack. Its aftermath and prelude has enough reasons why it triggered instant reaction and empathy from throughout the world.

The attacks were targeted at venues where people hangout on a usual Friday night, restaurants, football match and a concert. It was a terrorist attack on a completely unexpected society. Put yourselves in the Paris Attack victims shoes and imagine witnessing your friends and people around you being gunned down  or murdered in a bomb blast. A terror is a terror, asserting that 'Syrians endure the same pain everyday' is not reason that makes the Paris attack fair or is not a way that mitigates the miser of Paris or the rest of the world.

With the countdown to Christmas begun, this attack has led to increased surveillance, tightening of border securities and impacts on Europe's migrant policy. This attack on Paris has a great influence business and European economy,  which obviously is negative and hence spread as wildfire.

France has been a  country that opened its borders for refugees and with growing evidences that these attacks were carried out by terrorists who entered the borders under the pretext of refugees (Is this a conspiracy?) has the most justified reasons why this attack has it's impact on refugees in an entirely new dimension. The willingness to accept Muslim migrants in France and other European countries are also toast after this incident.

The next time before you accuse someone for sharing their compassion towards ANY attack in the west, remember a life is a life,  no matter to which nation it belongs, and a loss is a loss despite the disparities in situations it is lost.

We the Muslims have been seeing our Ummah suffering a lot during the past, children and women detained without reasons, raped and murdered, and we know the pain when no action is taken against these, when their seems to be no end for these suffering. Then should not we be the ones who take the loss of Paris Attacks to our heart and pray for them? Should not we be the first to initiate steps to stand up for them?

But hold you horses before clarifying our positions in murders and oppression.

It is He who created death and life to test you as to which of you are best in deed, and He is the Almighty, the Forgiving. [Quran 67:2]

Let us be Muslims, Let us be humans and understand the pain of the victims who are facing such horrific incidents because of delusional bigots. I also commend other beautiful souls out their, who helped restore faith in humanity after this terror attack. 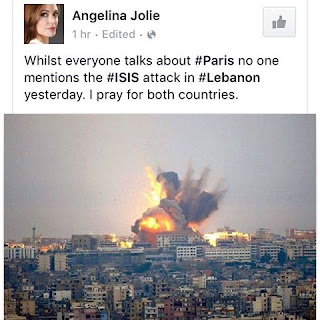 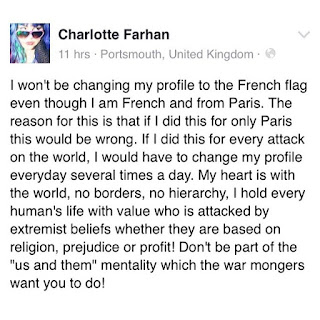